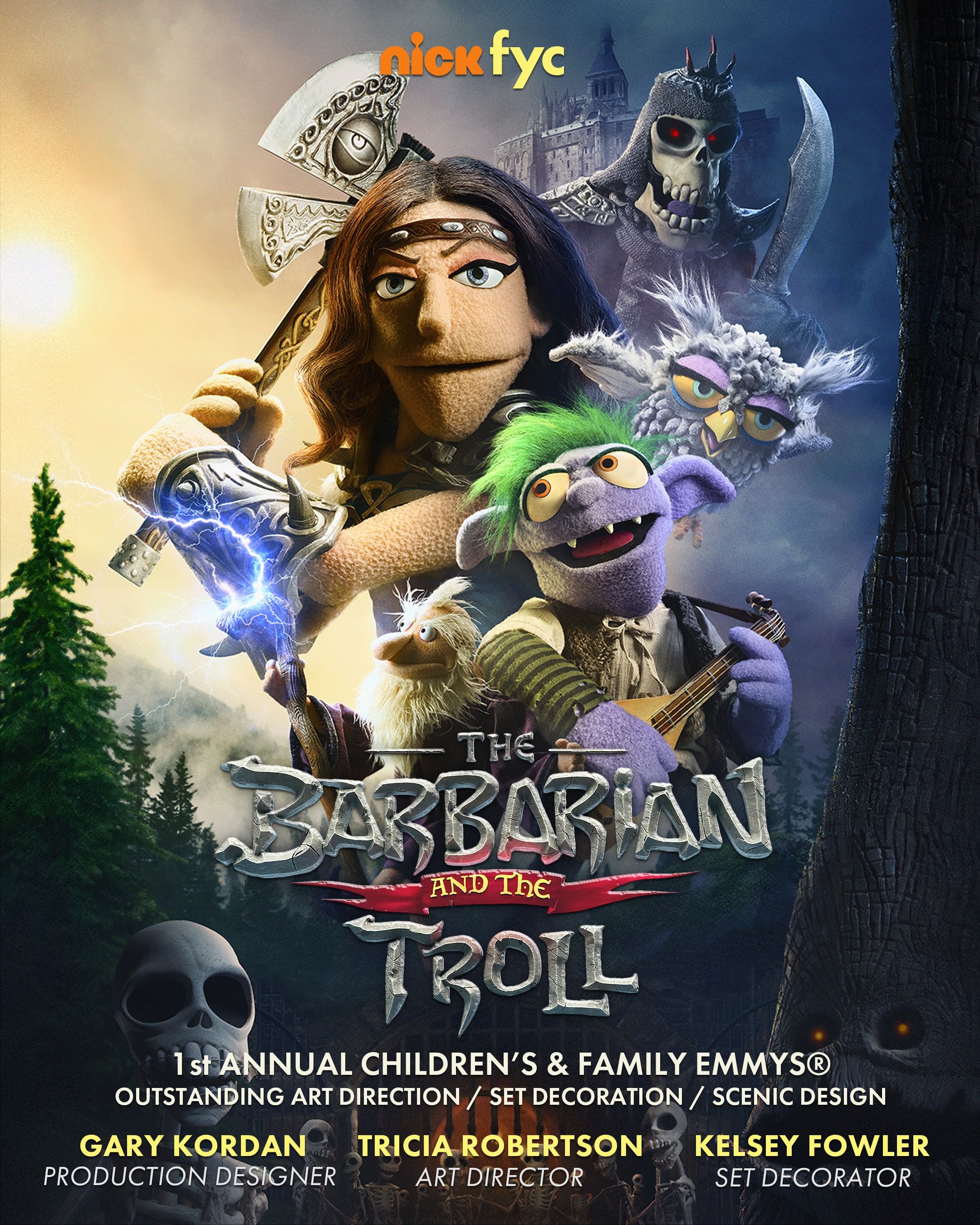 Warrior princess Brendar and troll prince Evan meet in our 360 degree canteen built on a Los Angeles soundstage (and continued by Matthew Budgeon and his Vancouver based team). The entire canteen is scaled down puppet sized and 4 feet off the ground. Despite the fact that it’s a puppet musical, inspiration for our Barbarian and the Troll sets were rooted in cinema and drama, pulling inspiration from Game Of Thrones and The Princess Bride (with many hidden easter egg tributes to the genre). Our goal was minimal CGI or green screen allowing 'Barbarian' to feel timeless.